When dealing with a force as corrupt and evil as Hitler's Germany there was no middle ground—to be "neutral" in that type of conflict was to in fact support the side of Hitler's Reich. 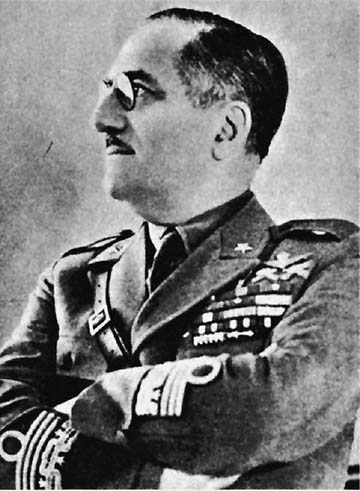 The assault on Malta will cost us many casualties…but…I consider it absolutely essential for the future development of the way.  If we take Malta, Libya will be safe. 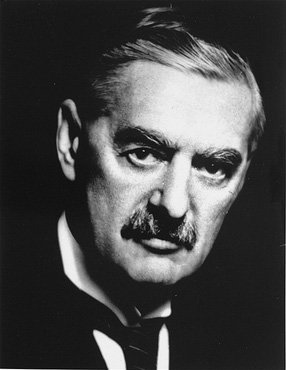 My good friends this is the second time in our history that there has come back from Germany to Downing Street peace with honor. I believe it is peace in our time.

–Chamberlain after he signed the Munich Pact with Germany

We would fight not for the political future of a distant city [Danzig], rather for principles whose destruction would ruin the possibility of peace and security for the peoples of the earth.

In spite of the hardness and ruthlessness I thought I saw in his face [Hitler], I got the impression that here was a man who could be relied upon when he had given his word."

However much we may sympathize with a small nation (Czechoslavia) confronted by a big and powerful neighbor (Germany), we cannot in all circumstances undertake to involve the whole British Empire in a war simply on her account. If we have to fight it must be on larger issues than that...

This morning the British Ambassador in Berlin handed the German Government a final note stating that unless we heard from them by eleven o'clock that they were prepared at once to withdraw their troops from Poland, a state of war would exist between us. I have to tell you that no such understanding has been received and that consequently this country is at war with Germany.

This is a sad day for all of us, and to none is it sadder than to me. Everything that I have worked for, everything that I have believed in during my public life, has crashed into ruins. There is only one thing left for me to do: That is, to devote what strength and powers I have to forwarding the victory of the cause for which we have to sacrifice so much... I trust I may live to see the day when Hitlerism has been destroyed and a liberated Europe has been re-established. General, may I, as an old soldier, tell you something? As soldier to soldier? You Germans have done the incredible again! One must admit that it is magnificent work! We shall defend our island whatever the cost may be. We shall fight on beaches, landing grounds, in fields, in streets and on the hills. We shall never surrender.

Arm yourselves, and be ye men of valor, and be in readiness for the conflict; for it is better for us to perish in battle than to look upon the outrage of our nation and our altar.

I would say to the House, as I said to those who have joined this government: I have nothing to offer but blood, toil, tears and sweat."

Today we may say aloud before an awe-struck world: We are still masters of our fate. We are still captain of our souls."

Never in the field of human conflict was so much owed by so many to so few.

We shall defend our island whatever the cost may be; we shall fight on beaches, landing grounds, in fields, in streets and on the hills. We shall never surrender and even if, which I do not for the moment believe, this island or a large part of it were subjugated and starving, then our empire beyond the seas, armed and guarded by the British Fleet, will carry on the struggle until in God's good time the New World with all its power and might, sets forth to the liberation and rescue of the Old.

An appeaser is one who feeds a crocodile, hoping it will eat him last.

We have before us an ordeal of the most grievous kind. You ask, what is our policy? I say it is to wage war by land, sea and air--war with all our might and with all the strength God has given us--and to wage war against a monstrous tyranny never surpassed in the dark and lamentable catalogue of human crime. That is our policy.

You ask, what is our aim? I can answer in one word. It is victory. Victory at all costs. Victory in spite of all terrors. Victory, however long and hard the road may be, for without victory there is no survival.

One man and one man alone has ranged the Italian people in deadly struggle against the British Empire and has deprived Italy of the sympathy and intimacy of the United States of America...One man has arrayed the trustees and inheritors of ancient Rome upon the side of the ferocious pagan barbarians...There lies the tragedy of Italian history and there stands the criminal who has wrought the deed of folly and of shame.

Let us therefore brace ourselves to our duty and so bear ourselves that if the British Commonwealth and Empire last for a thousand years, men will still say “This was their finest hour!”

When you have to kill a man it costs nothing to be polite.

I am sure that the crossing of the frontier of Czechoslovakia by German armies or aviation in force will bring about the renewal of the World War. I am as certain as I was at the end of July, 1914, that England will march with France... Do not, I pray you, be misled upon this point....

Britain and France had to choose between war and dishonor. They chose dishonor.

I like a man who grins when he fights.

Air superiority is the ultimate expression of military power.

They should pick a dry year to fight the war.  Better yet, civilize the moronic races and have no wars at all.

Goddam it, you’ll never get the Purple Heart hiding in a foxhole!  Follow me! 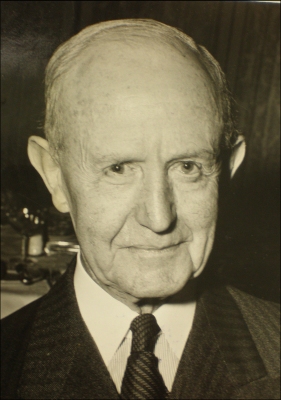 We are having shock after shock out here. The damage to the battleships at this time is a disaster... One cannot but admire the cold-blooded bravery and enterprise of these Italians.

Everyone has the jitters, seeing objects swimming about at night and hearing movements on ships' bottoms. It must stop.