If the blood of France and of Germany flows again, as it did twenty-five years ago, in a longer and even more murderous war, each of the two peoples will fight with confidence in its own victory, but the most certain victors will be the forces of destruction and barbarism.

The graveyards are full of indispensable men.

France has lost a battle. But France has not lost the war. A makeshift government may have capitulated, giving way to panic, forgetting honor, delivering their country into slavery. Yet nothing is lost! Nothing is lost because this war is a world war. In the free universe, immense forces have not yet been brought into play. Some day these forces will crush the enemy. On that day France must be present at the victory. She will then regain her liberty and her greatness. That is why I ask all Frenchmen, wherever they may be, to unite with me in action, in sacrifice and in hope. Our country is in danger of death. Let us fight to save it.

It is characteristic of the military mentality that nonhuman factors (atom bombs, strategic bases, weapons of all sorts, the possession of raw materials, etc.) are held essential, while the human being, his desire and thoughts—in short, the psychological factors—are considered as unimportant and secondary...The individual is degraded...to ‘human material.’


To my mind, to kill in war is not a whit better than to commit ordinary murder.

Nationalism is an infantile disease. It is the measles of mankind.

Nationalism, in my opinion, is nothing more than an idealistic rationalization for militarism and aggression.

The release of atom power has changed everything except our way of thinking... the solution to this problem lies in the heart of mankind.  If only I had known, I should have become a watchmaker.

The release of atomic energy has not created a new problem. It has merely made more urgent the necessity of solving an existing one.

You cannot simultaneously prevent and prepare for war.

The pioneers of a warless world are the [youth] who refuse military service.

Through the release of atomic energy, our generation has brought into the world the most revolutionary force since prehistoric man's discovery of fire. This basic force of the universe cannot be fitted into the outmoded concept of narrow nationalisms.  For there is no secret and there is no defense; there is no possibility of control except through the aroused understanding and insistence of the peoples of the world. We scientists recognize our inescapable responsibility to carry to our fellow citizens an understanding of atomic energy and its implication for society. In this lies our only security and our only hope - we believe that an informed citizenry will act for life and not for death.

Every gun that is made, every warship launched, every rocket fired signifies in the final sense, a theft from those who hunger and are not fed, those who are cold and are not clothed.  This world in arms is not spending money alone.  It is spending the sweat of its laborers, the genius of its scientists, the hopes of its children.  This is not a way of life at all in any true sense.  Under the clouds of war, it is humanity hanging on a cross of iron.

The problem in defense is how far you can go without destroying from within what you are trying to defend from without.

United in this determination and with unshakable faith in the cause for which we fight, we will, with God's help, go forward to our greatest victory.

Your task will not be an easy one. Your enemy is well trained, well equipped and battle hardened. He will fight savagely.

The world must know what happened, and never forget.

I hate war as only a soldier who has lived it can, only as one who has seen its brutality, its futility, its stupidity.

You can't have this kind of war. There just aren't enough bulldozers to scrape the bodies off the streets.

When people speak to you about a preventive war, you tell them to go and fight it. After my experience, I have come to hate war.

My dear Duce, it's no longer any good. Italy has gone to bits... The soldiers don't want to fight any more... At this moment you are the most hated man in Italy....

I want to warn against underestimating. There will be bloody battles once the Allied forces run against Axis fortifications. Europe will not be conquered quickly. We must not make the mistake of underestimating the fortifications in France, Belgium, Holland, Denmark, Norway, Italy and in the Southeast. We must realize that attacking them will cost us much in blood and tears.

The raising of that flag on Suribachi means a Marine Corps for the next 500 years.

Our many Jewish friends and acquaintances are being taken away in droves. The Gestapo is treating them very roughly and transporting them in cattle cars to Westerbork, the big camp in Drenthe to which they're sending all the Jews....If it's that bad in Holland, what must it be like in those faraway and uncivilized places where the Germans are sending them? We assume that most of them are being murdered. The English radio says they're being gassed.

A thousand years will pass and the guilt of Germany will not be erased. We cannot change what happened anymore. The only thing we can do is to learn from the past and to realize what discrimination and persecution of innocent people means. I believe that it’s everyone’s responsibility to fight prejudice. 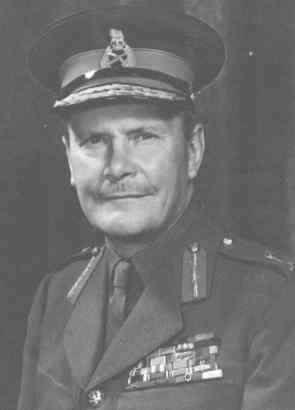 In my opinion the limit of endurance has been reached by the troops under my command...our position here is hopeless.