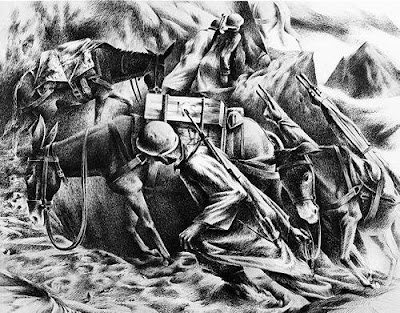 Why Send Artists into Combat?

It is the intimate, personal, penetratingly perceptive touch, indeed, that is equipped to furnish a chapter that would have been missing were the camera exclusively relied upon.

During World War II more than 100 U.S. servicemen and civilians served as 'combat artists'. They depicted the war as they experienced it with their paintbrushes and pens.