Below follow a number of major books that look seriously at the effects that war, trauma, separation and upheaval have on children during a time of war.  They are presented here as a prelude to a list of quality books that tell the story of individual children, families and and friends as they forge their way through unspeakable and unbearable times.  With the exception of the general reference books below, most books in this section are recommended for primary age children.

This is the first exploration into the experience of child survivors in Israel, focusing on the child survivors’ experience in telling their past to a wider audience and in publicly identifying themselves as Holocaust survivors. Whilst psychological research focuses on survivor’s personal inhibitions and motivations in retelling their past, the book attempts to understand the impact that the post-war environment has had on the individual’s relationship to it. Using a qualitative narrative approach, this study examines the dynamics of 'silence' and 'retelling' in the post-war experience of child survivors. It demonstrates the ways in which social dynamics, as well as internal motivations, had an impact on the extent to which these people were likely to speak publicly about their war-time experience or whether they were more inclined to remain silent. The interviews with survivors are presented 'using their own voice', and can thereby be understood in their own unique context. The result is a unique work that synthesises social science fields as disparate as history and psychology.

Under pressure from the war children there, in 2001, social service agencies of the Norwegian government funded a research project into the children of Norwegian mothers and fathers from the German occupying forces during the war, and especially the government's policies regarding them. The project was later expanded to include all of Europe. The 14 studies explore such topics as Danish women's intimate fraternization, ideology and the psychology of war children in Franco's Spain, the Occupied Eastern Territories, and children of German Lebensborn Homes.

Based on eye-witness accounts, interviews, and prodigious research by the author, who is an expert in the field, this is a unique contribution to the literature of World War II, and a most compelling account of German inhumanity towards children in occupied Poland. 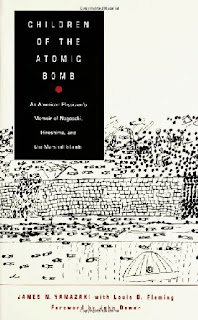 In 1949, the author, a pediatrician and medical researcher, was sent to Japan to study the effects of nuclear radiation, especially on children still in their mothers' wombs when the bomb was detonated. This report takes a medical look at the victims of Hiroshima and Nagasaki and reviews some of the genetic abnormalities resulting from fetal exposure. The author also passes along information about the fate of Marshall Islanders accidentally exposed to radioactive fallout during the 1954 U.S. thermonuclear test at Bikini. This account is more than a medical report, however; Yamazaki relates his personal story as a Japanese American whose parents were treated roughly in a wartime internment camp in Arkansas while their son fought for America in the Battle of the Bulge. Yet the study is the most involving when he discusses the tragic legacy of the atomic bomb and sounds the alarm about the hazards of radiation in all forms. Yamazaki is on the staff of the UCLA medical school; Fleming is a former foreign correspondent. Illustrations.