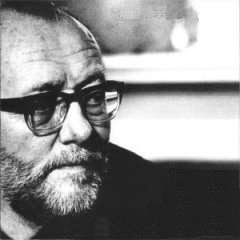 Günter Eich was a lyricist, dramatist, poet and author. Born in 1907 in Germany, Eich received his education in Leipzig, Berlin and Paris.   During World War II he served in the Wehrmacht and was captured. He was released by the Americans in 1946. The following year, he helped found Gruppe 47, a group of left-wing writers, including Paul Celan, Gunter Grass and Erich Fried. In 1950, he received the Literature Prize for young writers for these poems, Abgelegene Gehöfte.  Eich’s poem “Inventory,” which appears in this book, is one of Germany’s most famous war poems. It relates a prisoner’s belongings. Eich was dedicated to bringing the German language back to “life” following the war. He continued to write prose, poetry and radio plays until his death in 1972.