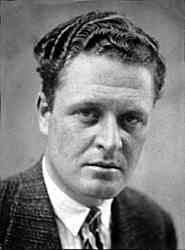 Nazim Hikmet
(1902-1963)
Hikmet is considered to be the father of modern Turkish poetry. Born in 1902, in Salonika in the Ottoman Empire while his father was serving in the Foreign Service, he was exposed to the arts at an early age. At the end of the First World War, Hikmet left Turkey for the former Soviet Union. There he attended university and didn’t return to his homeland until Turkey became independent in 1924. However, he soon found himself imprisoned for his political writing. He escaped to Moscow, and returned to Turkey in 1928, after a general amnesty was given to political prisoners. For over twenty years Hikmet worked as a scriptwriter and journalist and published nine books of poetry. He left Turkey for the last time in 1951 to live the remainder of his life in the Soviet Union. His poem about a seven year old girl who died in Hiroshima appears in this book.